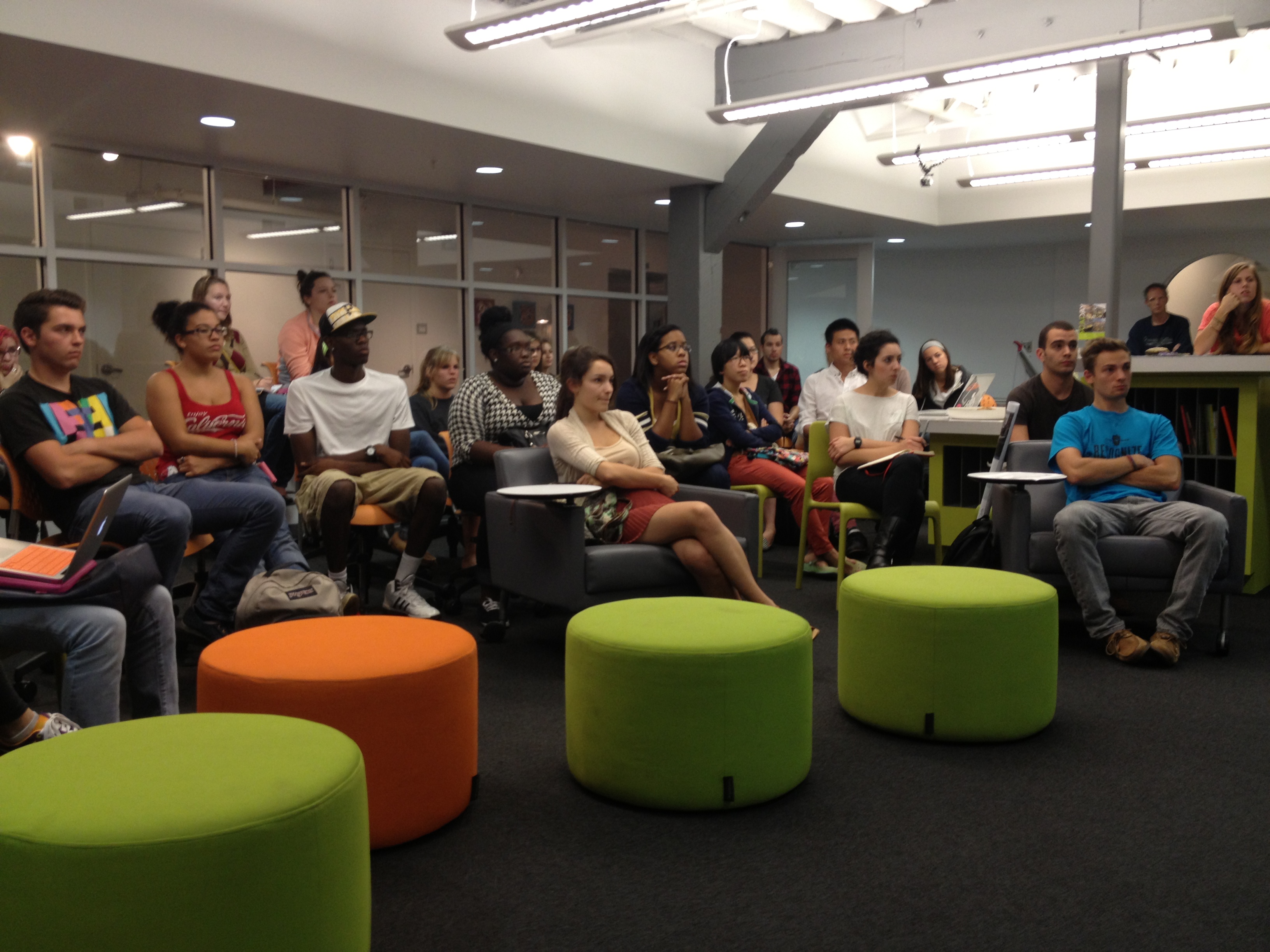 On Thursday, October 18th, HDco’s Stephanie Soden and her other half, Jim Ward of Native Sun visited the Savannah College of Art and Design’s AIGA student group. The AIGA SCAD student group is one of the largest student chapters in the country, boasting over 400 followers on Facebook and enough programming power to orchestrate frequent speaker events and even conferences.

Students were in attendance from a wide variety of years and disciplines. Designers, animators, comic drawers, and web developers gathered to hear more about AIGA, and its importance in the graphic arts community. Stephanie and Jim spoke on the importance of having networks like AIGA, and how to get more involved. While speaking about the beneficial aspects of AIGA from a networking standpoint, Stephanie told the story of how she met Jeffrey Harrington at an AIGA Jacksonville event, and was later hired after several more AIGA encounters.

This organization is not only beneficial from a design education standpoint, but for the life-changing connections its events can offer. Stephanie’s story isn’t the first, and certainly won’t be the last. Especially after so many students seemed interested in getting more involved!

Let’s get your to-do list done and build some brand love.
Say Hello!