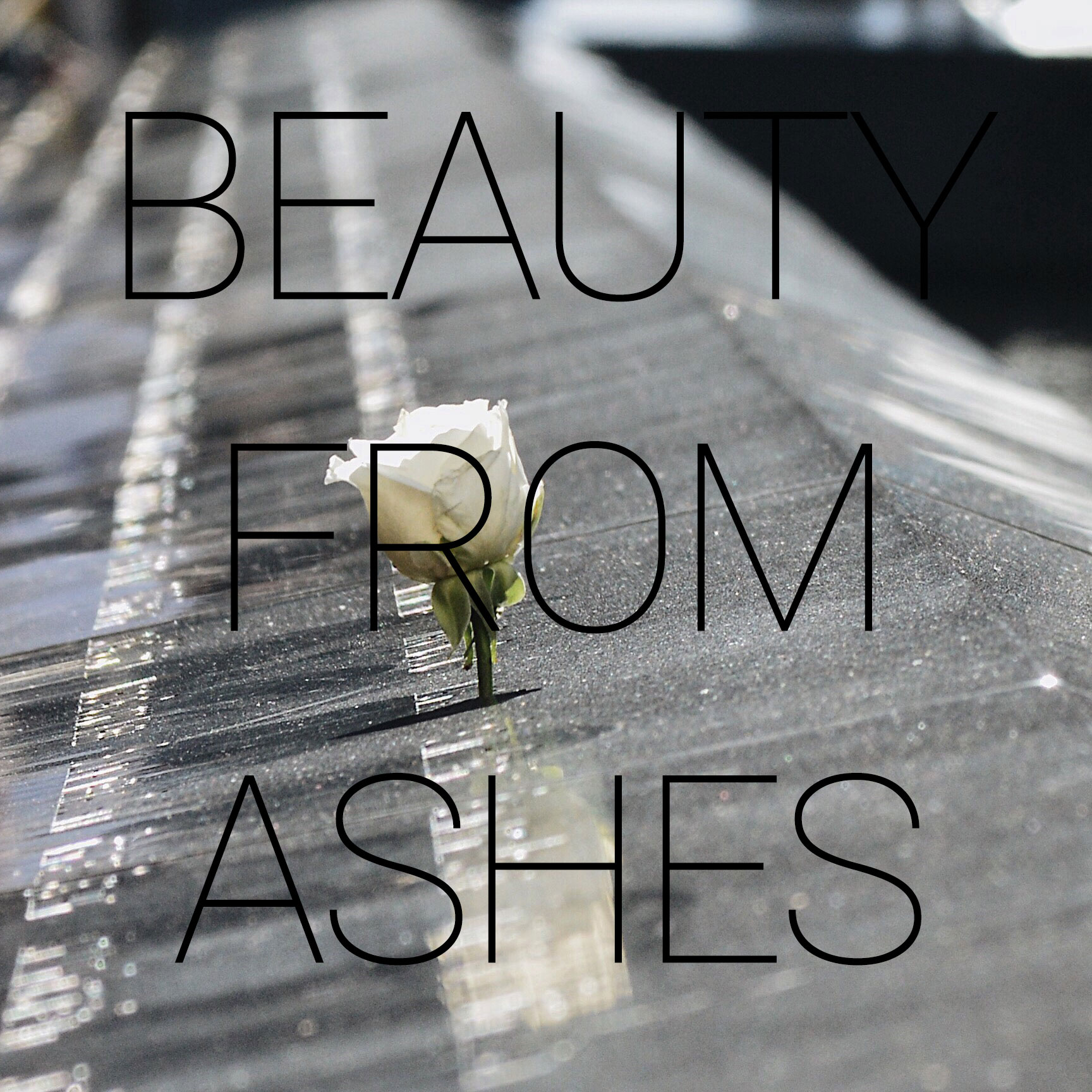 As I laid down on the concrete gazing up at the twin towers I thought wow, those buildings are huge. That was my first trip to NYC in 1991 and the only time I ever saw the World Trade Center in person.

As for so many, September 11 was a pivotal moment. For me, it was the day I became a real adult. I’ll never forget for so many reasons.

It was the summer of 2001 and I was an art director at St. John Partners in Jacksonville, Florida. Things were good. My family had moved into a two-bedroom apartment and I had just received a raise. My Creative Director told me, “You are a protected player” at this agency. So I took that to heart, unknowing that in a month my whole world would change.

Like most people, I was at work on September 11. We were getting ready for a big presentation and I heard someone say a plane flew into a building in NYC. So I jumped on the internet and read that a small plane had hit the World Trade Center. I thought wow that’s crazy and continued working.

I walked into the big conference room and the TVs were on and everyone was glued to the pictures. It was after the first plane had hit and we wondered, is this a tragic accident or something else? Then we saw the second plane hit the tower and I thought “OH NO, we’re about to go to war.” Many were crying and shocked that something like this could happen.

I didn’t know anyone who died on 9/11 but my parents had previously worked at the Pentagon. I thought wow, that could have been them.

The aftershocks of 9/11 created panic in the economy, especially in the technology sector. I was a newly appointed “web designer” at St. John & Partners and was actively building my first websites.

One month later, it all came crashing down. It was a Friday afternoon and rumors of more layoffs were coming. One by one we were called into the Creative Directors’ office. Then they came for me. I’ll never forget how sad and devastated they were to let me go because we were all close. I reassured them that I would be okay, packed my things up, and said goodbye to my friends. My agency career was over and for the first time, I had no job. No money. And a new family to feed.

The next day I started Harrington Design Company. Not because I wanted to but because I had to. So I laid out a plan.

Step 1: Build a website. I bought this stupid domain: eharrington.com. It was the only domain I could find that was decent. But I designed and hand-coded the website I always wanted to build. I worked the entire weekend and launched that Monday.

Step 2: Print stationery. Back then business cards and letterhead were crucial. So I created a logo and business card and tagged that to the end of another client’s print run because I couldn’t afford to print. And that client was Paul Wilbur Ministries, who was a freelance client at the time.

Step 3: Get Clients. As VP of AIGA in Jacksonville, I was well-respected in the design community. After many promises of another job or freelance work, nothing panned out. I mean nothing. Two clients sustained me for those first 6 months. The first was Paul Wilbur and the second was Jacob Danner.

For all the tragedy that occurred on 9/11, something good happened too. It didn’t seem like it at the time, but if I hadn’t been fired I might have never started Harrington Design Company. The struggle of that first year galvanized something in me. I tapped into a strength I didn’t know I had.

Here we are 20 years later. It’s a sad and somber day but I think this verse from Isiah sums up my feelings:

To all who mourn he will give a crown of beauty for ashes,
a joyous blessing instead of mourning, festive praise instead of despair.


Let’s get your to-do list done and build some brand love.
Say Hello!